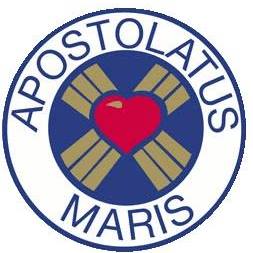 There is a verse in the First Reading that says Let each of you lead the life that the Lord has assigned to which God called you. Then Paul proceeded to speak of the married life and of the single life. God has a plan for us and we need to discern that plan. Marriage is the natural vocation, because in the beginning, God created man and woman. However, St Paul says the married person will experience distress because the married person needs to look after the needs of their spouse, while the unmarried person is free to go where the Lord leads them. This is one of the practical reasons why Roman Catholic priests are not married.
This allows them to fully surrender their lives to God, pursuing the beatitudes Jesus gave in the Gospel today: being poor so they can possess the kingdom of God; being hungry for God, so God can feed them so they can learn about him and serve him, weeping and mourning, longing for God, so he can comfort them; proclaiming the Gospel fearlessly so people can hear and come to know God. Being a priest is not easy. It requires a lot of sacrifice, of denying oneself and following God.
St Peter Claver was born in Spain. St Peter Claver became a priest and volunteered to be sent to New Spain where slaves were traded to work in the fields and mines. This despite the fact that three Popes condemned slavery. St Peter Claver boarded the ships carrying slaves from Africa and minister to them by bringing food, bread, brandy, tobacco. As he was there, he would give basic instructions. He treated the slaves as fellow Christians and when there are no ships arriving at the port, he would visit the country and minister to the slaves sent to the plantation and see how they are living the faith and also their rights respected.
This is the freedom of an unmarried man who opens himself to God. It is said that in his 40 years of ministry, he personally catechized and baptized 300,000 slaves. His work continues with the Apostleship of the Sea. This is also my ministry for my Diocese.
Is God calling you to serve him in the priesthood? Take a step towards God and answer the call. Do not be afraid, because if God wants you to be a priest, he will give you the grace to be one. Do you have a hunger for God, the desire to seek him, to do his will? Steps out in faith and answer God’s call.
Lord Jesus, you call us to be holy. I pray for more single young men to present themselves for priesthood, so they can proclaim your Word to those who have not heard it. I pray for married couples who struggle in their marriage, especially those who marriages are in trouble. St Peter Claver pray for young men and women to answer God’s call, to serve his people. Help those seafarers also who seek God’s help, especially at this time, where most of them have lost their jobs and some are still in ships.
Posted by Philip L Yuson at 9:44 PM

Please feel free to post comments. However, be aware that comments are moderated and may be removed at the author's discretion.